As much as I love to travel, I am not a very good tourist. Probably because I don’t like large groupings of people or being told what to do/having things expected of me, as in “Oh, you’re going to the Loire Valley? You HAVE to go visit Mont Saint-Michel!”

So I did, and there were busloads of tourist followed by two hours to kill on a small tidal island with nothing to do but eat and shop. I did a little bit of each, begrudgingly. Then we went on a tour of the abbey with our professor M. Dufresne, which was actually probably the best part, but by that point I was tired from the 4-hour bus-ride and dehydrated from two hours standing in the sun.

I don’t think I would go again, and I probably wouldn’t recommend it, but here are the pictures anyway, so you can see what you’re (not) missing. It is beautiful–don’t get me wrong–just…touristy. Very touristy. And that’s not really my cup of tea. 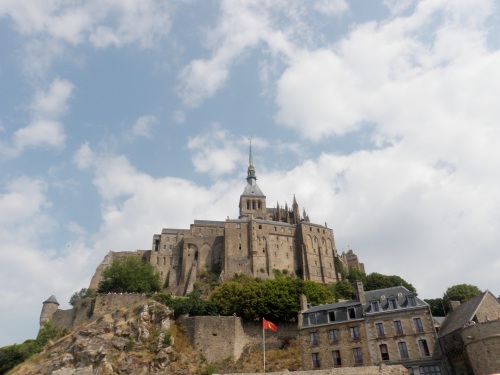 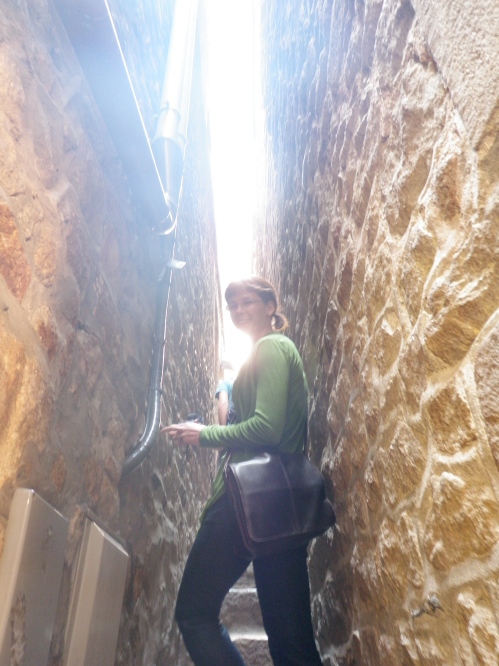 Liz, in one of the super narrow stairways 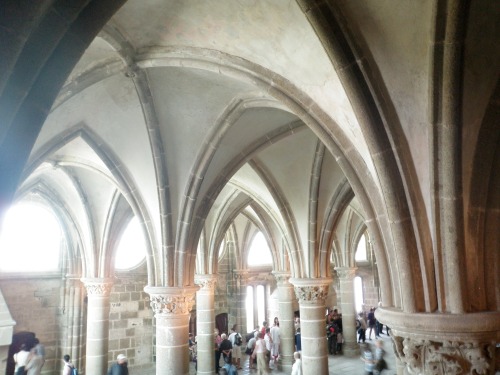 See what I mean? SO many people, and the crowding was made that much worse by the fact that there is only one entrance/main walkway, so you basically get funneled into the city and up a steep hill. It reminded me of that place in Paris from Amelie where you have to go up the stairs and young African men try to tie bracelets on your wrist.

I should say, though, that I don’t hate all touristy things. I loved the Eiffel Tower and Ellis Island. I’m trying to think of some more examples right now, but I can’t. Disneyland? Except that childhood obesity bums me out.

My favorite part of Mont Saint-Michel? The lunch that Bernard (mon père français) made me, which inluded 5 sandwiches (white bread with butter and ham), 2 brownies, 2 bananas, and a hand-written note. Something genuine, something unique. That’s all I’m really looking for.

Filed Under: France
Tags: dislikes : food : things to be grateful for