This is how I spent my Sunday:

-woke up early-ish (9:30), drank coffee and ate cookies, checked my e-mail and blog (so many readers lately!!!)

-went for a long, slow run–down to the big park across the Cher river (Le Bergeonnerie), around the lake, and then back–while listening to Bach’s cello suites (Yo Yo Ma), Feist, and Dr. Dog 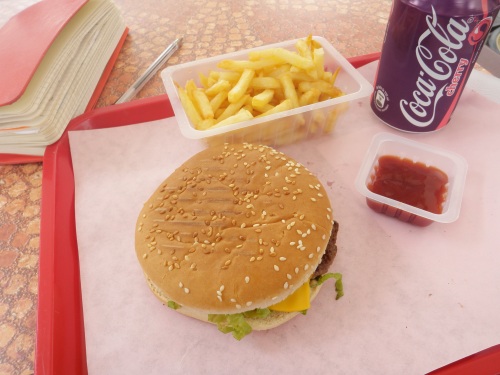 -met up with my house-mate Elizabeth and a friend of hers at the Musée des Beaux Arts. First Sunday of the month is free! 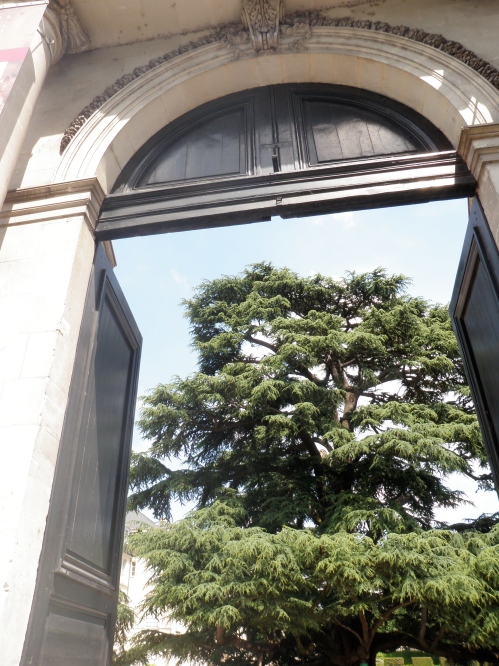 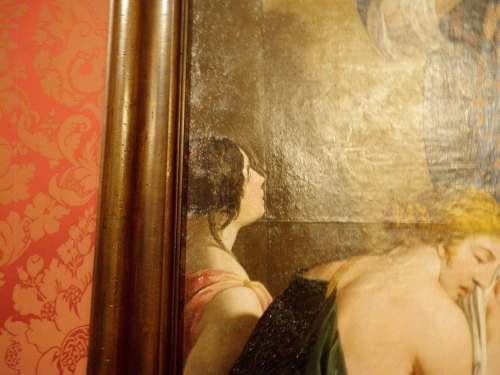 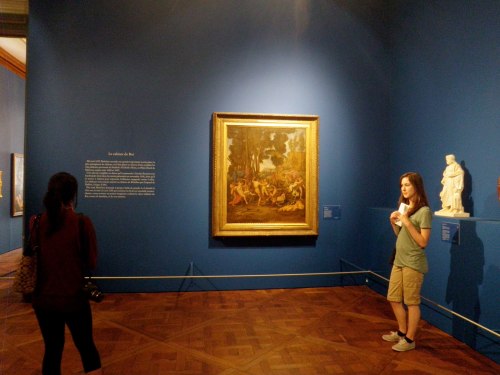 [The art wasn’t necessarily my cup of tea–I’m more of a modern girl–but the museum itself is really beautiful, as well as the surrounding grounds/garden]

-browsed the flea market, bought something small for someone special, as well as a book in French (Vol de Nuit by Antoine de Saint-Exupéry)

-rested at a nearby café/patisserie with tea and pain au chocolate (¡viva la merienda!), admired my purchases, and wrote in my journal 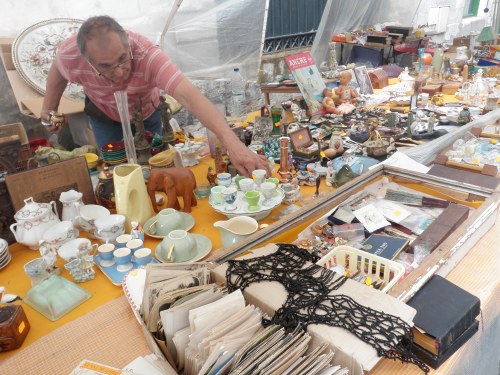 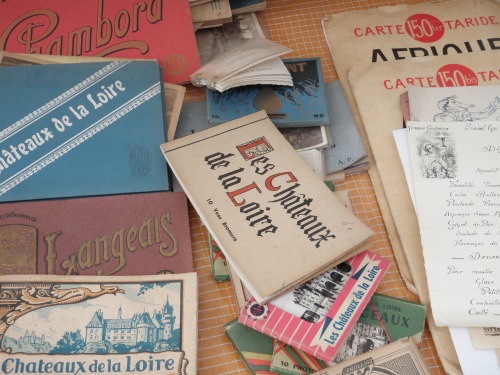 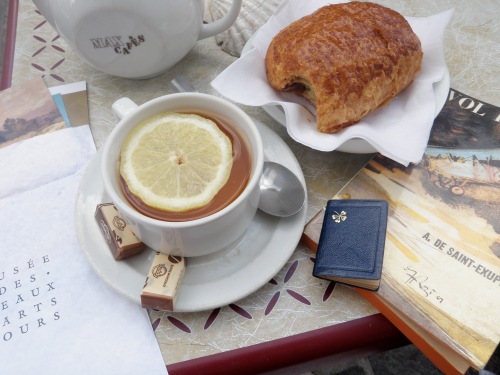 -after that, I headed over to Studio Cinémas, where they show movies in version originale (not dubbed)–to see Minuit à Pairs (Midnight in Paris), the most recent Woody Allen film. It was fanciful, beautiful, and funny. I love Woody Allen films. Get over it. 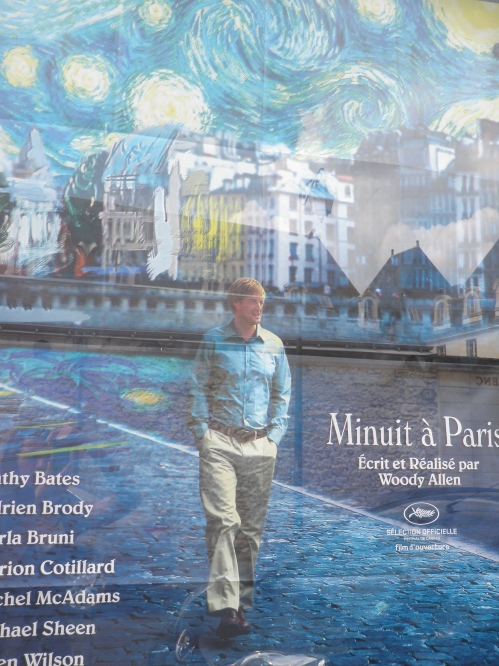 And to finish the day off: dinner with la famille followed by an amazing practice session (more bach cello suites *smile*) and then a bit of blogging.

This is what I’ve been talking about. This is what I  like to do abroad–the same things I would do at home, for the most part.

This is how I travel.

I guess the thing is just that I like traveling, but not necessarily touring, you know? I mean, the tour with Will was interesting and exciting and fun…but it was also intense and exhausting and stressful. I think sometimes people get these romantic ideas in their heads about just what it is that I do on my various over-seas and domestic adventures, but not all of it’s true.

I mean, I traveled a LOT while living in Spain–Germany, France (thrice!), Northern Spain, Eastern Spain, Southern Spain–and I did a lot of “tours,” where I was changing cities at least every other day (the one with Will, plus a France/Spain train trip with Whitney, plus a road trip with my dad and cousin Judy), but my favorite months were November and May–the months where I didn’t go anywhere and didn’t have any visitors. The months where I spent Saturday mornings in my room, drinking coffee and working on my blog, or eating take-out with Laura in the park.

I love going new places, trying new things, meeting new people–but on my own terms. Turns out, I’d rather move to a foreign country than just visit. Or at least stay for a few weeks (like I’m doing now).

But Life can’t always be like that, and you have to take advantages of the opportunities that come your way (I believe). So a good second best is to imagine what it would be like to live in a new city–walk around, check things out, maybe eat something…which is exactly what Liz and I did in Saint Malo, where we went after Mont Saint-Michel. 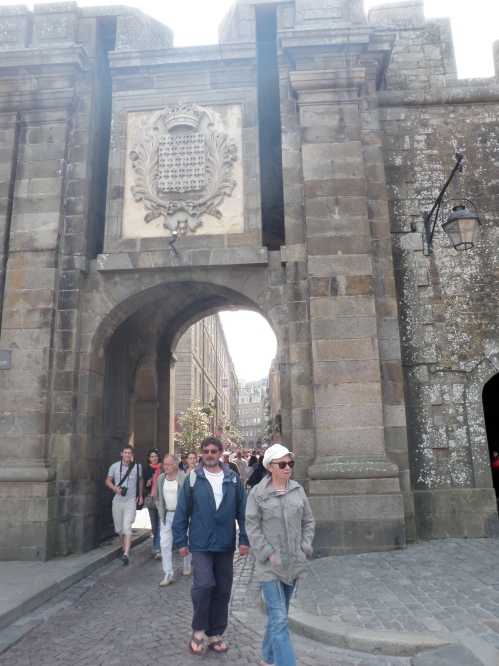 The entire city center is surrounded by a tall stone wall with archways here and there for entry. The best part is that you can walk ON TOP of the giant wall for its entire circumference. How cool is that? So you’ve just seen outside the wall, and here’s inside: 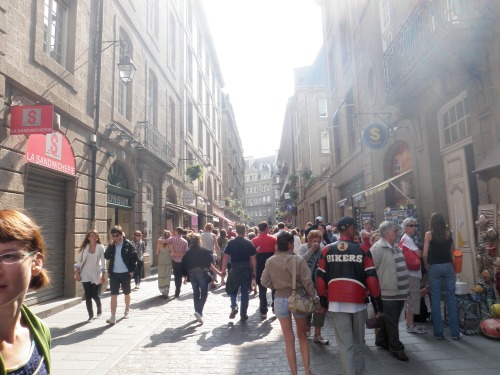 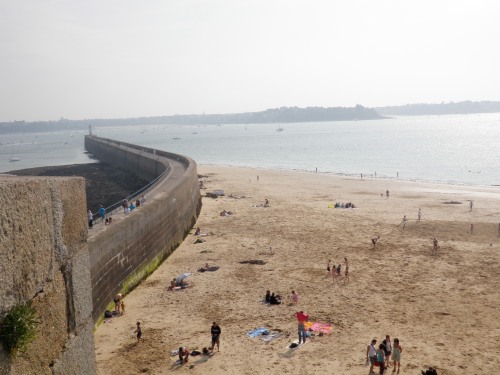 Then all around the wall, at least on the beachy parts, there was also a wall of wooden pillars. Like this: 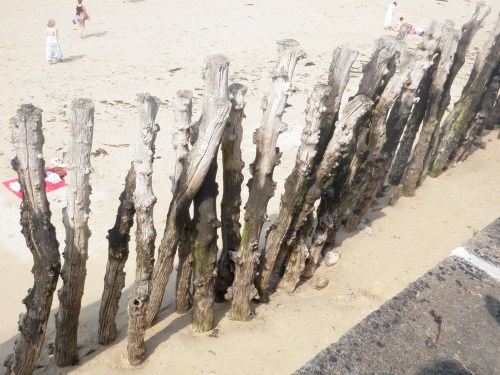 Other cool things included a 10-foot (or maybe 12? It’s probably measured in meters, anyway) diving platform attached to a sea-water pool built out of stone right into the ocean’s edge. So awesome. Also a public napping spot, with hammocks. 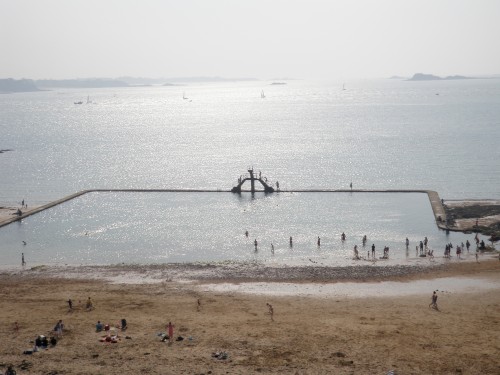 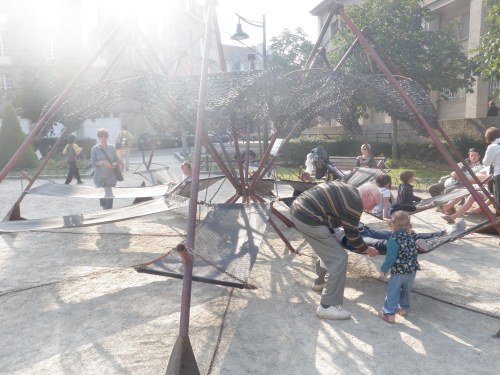 And, as promised, a photo of Liz with her long-awaited crêpe…which a bird pooped on while we were walking along. Right in the middle and everything. So we got new crêpes, and they were better—made right in front of us from the thin batter instead of pre-made and re-heated. 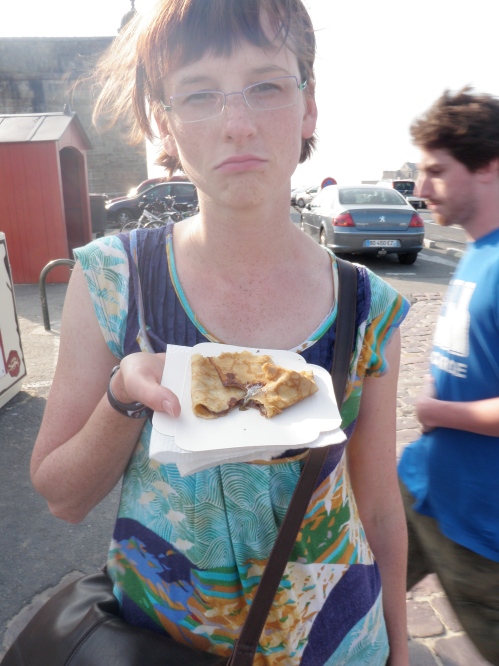 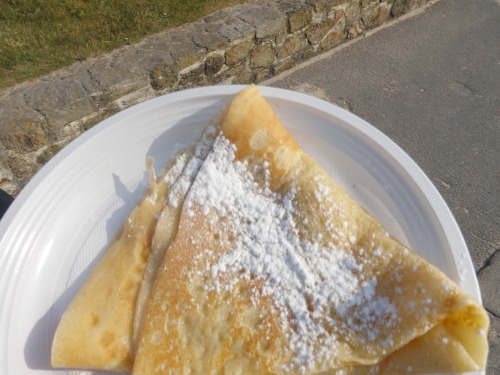 All in all, a better tourist experience–more relaxed, more casual. More crêpes.