Yann Tiersen is a Trickster

How to See Yann Tiersen in Concert Without Knowing It (In 10 Easy Steps!):

1- Go to an outdoor concert/festival in a foreign country. 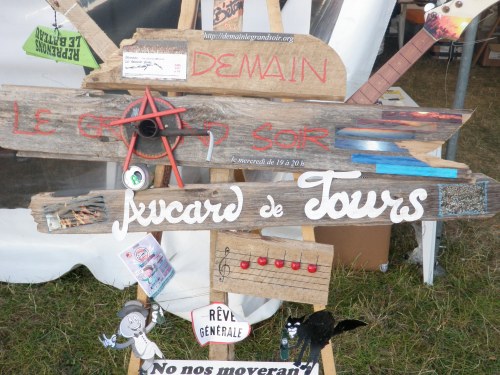 2- But first stop at a bar/café to drink a glass of wine and wind up drinking two glasses of wine, plus some gross beer given to you by the new French friends you will make (Alex and Pauline), the friends who have just watched “Bowling for Columbine” that very morning and want to know if all Americans carry guns and keep making little pistols with their hands and going “Pam! Pow!” They are maybe a little drunk.

3- Arrive SUPER early to the concert after Chase’s host mom convinces you that in France, people arrive on time, and that you will be late and sorry if you don’t leave RIGHT NOW! Hurry, hurry! Dépêchez-vous! Allez-y!

…and then you have loads of time to kill. 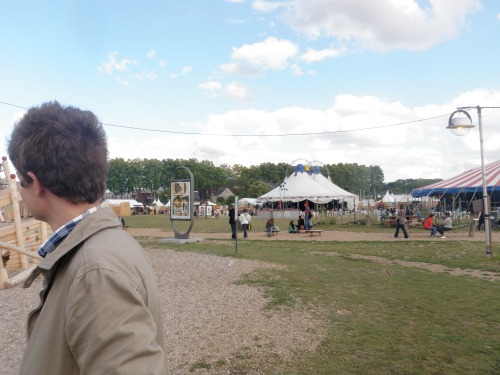 4- Keep drinking wine. What else are you supposed to do? The concert doesn’t start for almost 2 hours. Eat a crêpe, then, why not? 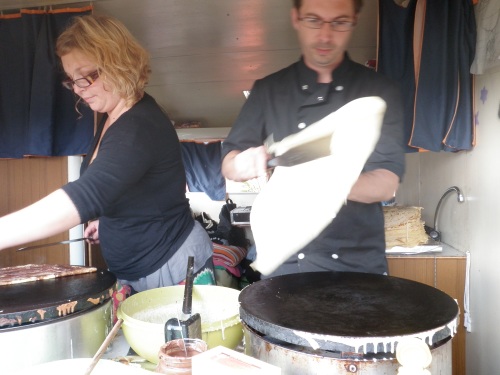 5- Wow, those 5 glasses of wine sure are going straight through you! You should probably visit the toilettes, where friendly French people will explain about using a plastic cup to scoop sawdust out of an oil drum which you then pour on top of your “pi-pi,” because it’s “très biologique.” Fun! 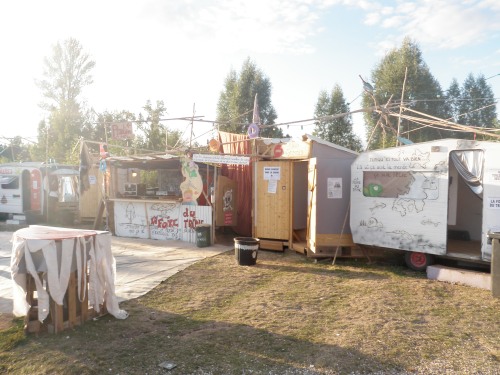 6- Notice that none of the bands are being introduced nor are they introducing themselves, with the exception of Beat Drunx, and that’s only because they have to represent (“When I say ‘Beat,’ you say ‘Drunx’! Beat! [silence] Beat! [silence]”).

7- Oh, well! Because the band that’s playing right now is REALLY awesome. Oh, man, that dude is just SHREDDING it on the violin! Ooh, and now the guitar! Is that 7/8 time that I detect? It is! Cool! Ooh, and now a song in 5/4 time–awesome! Man, the crowd is really digging this guy, this group. Hey! The violin again! Dude, he is WAILING!

8- Get distracted by the crowd of people dancing outside the bathrooms. Dance a little, yourself, why not?

9- Stick around for The Inspector Cluzo, a rock/funk group that you will later realize is the French version of Tenacious D (and, oh, you will feel proud for drawing that parallel). It’s now almost 2am and you have had at least 6 glasses of wine and 2 crêpes. But, wait! What? Why are they taking down the stage after T.I.C.? And the other stage, too?! But…did we…did we MISS something?

…And that is how I spent my Friday night (and why I was so hung-over yesterday).