McDonald’s and Starbucks: A Love Story

We arrived in Cuzco in the grey, pre-dawn hours–hungry, tired, and not knowing where to go. Just like so many of our arrivals this trip.  The bus station was filled with tourists and sketchy “tour-guides,” with people at bus line kiosks screaming out destinations (“Arequipa! Arequipa! Arequiiipaaa!”). After arguing with several locals and guides about whether or not there was a train to Macchu Pichu directly from Cuzco (turns out they were right on that one…), we headed into town to figure things out for ourselves and watch the sun come up. 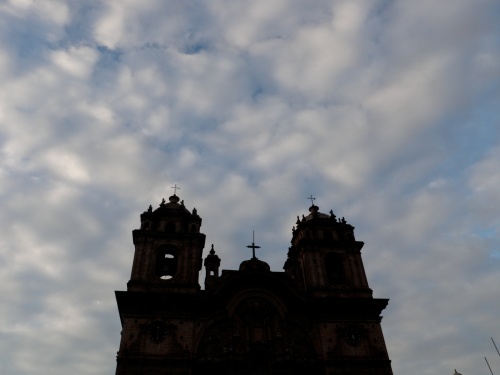 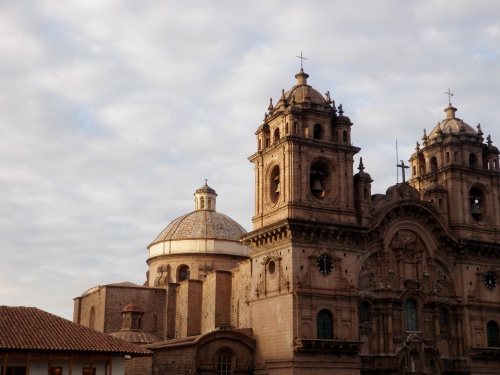 Then we spent an inordinate amount of time (on-and-off throughout the day) in McDonald’s and Starbucks. Because there was wifi, and familiar food (soy milk!!!), and clean bathrooms. Which I may or may not have sullied with my bird-bathing, teeth brushing, underwear changing ways. Yep. Life on the road.

They were particularly well-curated fast food chains, however, so as to match with the central plaza in Cuzco. You can really see the Spanish influence in this city’s architecture–the tiled roofs, balconies wrapping around the plaza’s main buildings…

European style has not completely conquered, however–there remain segments of the city’s original walls, made of massive blocks of stone and miraculously held in place by great design and no mortar. They were warm to the touch in the mid-fall sunlight. I got in trouble for touching them.

We wound up planning our trip to Macchu Pichu through a tourist agency by happy accident–we stopped a man headed into the train station to ask a question, and he turned out to own a tourism agency (likely, in a destination city like Cuzco…). He gave us a great deal, which meant that we’d be leaving Cuzco that very night, on a train bound for Aguas Calientes. In the meantime, we visited museums, ate falafel and burgers, hiked up and around the steep hills surrounding the center, and enjoyed the free internet and immaculate bathrooms at Starbucks.