The beautiful thing about Christmas in Japan is that, in a country where Christians account for only 1% of the population and upwards of 70% of Japanese claim no religious affiliation, they’ve dispensed with the sacred and spiritual altogether, distilling the holiday down to a pure, commercial venture.

In this sense, it’s exactly like in the US, but without any of the pretense, which is equal parts refreshing and disturbing. Blind devotion transcends nationality, but Disney must have signed a deal with the devil for the level of allegiance and sincere enthusiasm it garners from most Japanese.

The Mouse is in the house, friends. So Chad and I went and searched him out. 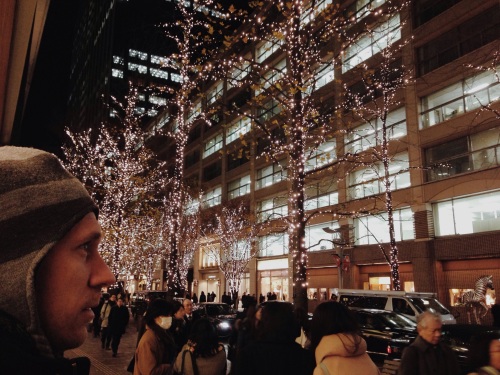 We began at Tokyo Station, following the crowds through the mid-town shopping district to see what amounted to twinkly lights on busy tree-lined streets, though to surprisingly stunning effect.

From there we were herded from one Disney-themed tree to another. Don’t be fooled by photography–most of these were only slightly bigger than you’d see in someone’s house; for us, the real fascination was following the fervor. 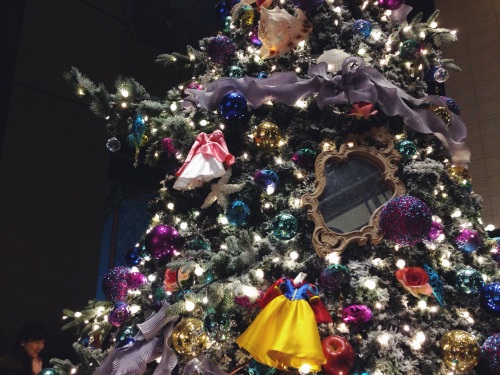 Also not captured in these photos: policemen with bullhorns corralling throngs of thousands as snap photos of light displays that are easily trumped by many US front lawns at Christmastime.

From Tokyo Station, we caught the subway over to Tokyo Dome City, where the Christmas “Illumination” continued, but with fewer people.

We explored a light tunnel, and then rode the Thunder Dolphin, a roller coaster with a drop so long (218 ft) that I ceased feeling fear and accepting that this was my new reality–that I would fall into nothingness, forever. We purchased a commemorative photo, in honor of: best coaster faces, ever. 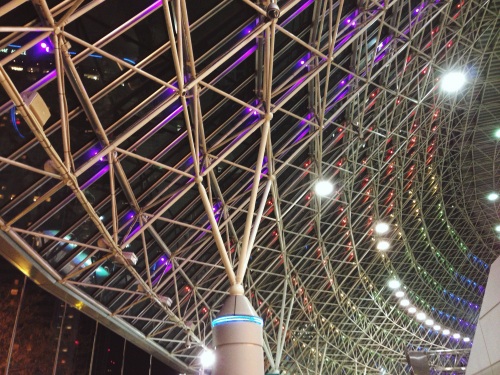 We ended our night at Wins, nearer to the Tokyo Dome, where we bowled 3 rounds and poured illicit (and cheap) whiskey into our vending machine-bought cans of ginger ale. Then Chad ate a burger at a boardwalk-style eatery, just before closing, and we rode the train home, in bed before midnight. 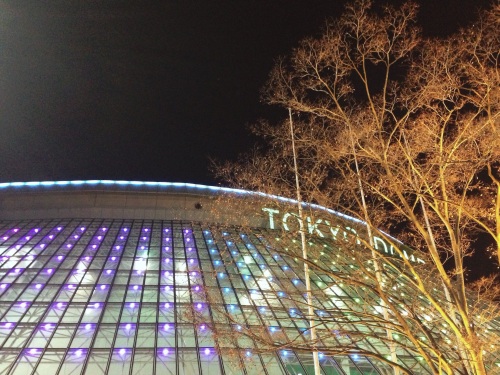 The next morning (Christmas Day), we traded in Japan’s traditional Christmas Cake (strawberry shortcake) for pancakes with fresh fruit and yogurt. And for Christmas dinner, we opted for soy meat with broccoli in place of fried chicken. (The whole Christmas cake and fried chicken phenomenon in Japan is a prime example of the ways in which advertising has directly and intentionally warped and misconstrued the holiday to glorious, frightening all-American effect. They order buckets of KFC in advance, like we would do with Turkeys for Thanksgiving).

Then went and saw Gravity in 3D. All in all, a magical, one-of-a-kind Christmas.