Friends, getting to Italy was INTENSE. Let me tell you about it. My flight was at 8:30 in the morning, but it was at the far-out Paris airport (Beauvais), which meant that to get there I was obliged to take a 15€ shuttle at 5:30am, and to get to THAT I had to take a Parisian night bus with drunk Algerians who wanted to harass me (“My dick, in your mouth”), a number of exhausted youths on their way home, still dressed to the nines, and a junky who shook and chattered so frighteningly that I chose to stand the full 30 minutes rather than face him. All that was at 4:40am.

Bright side: I got to hang out with Gianny again! (A sweet thing he said to me in an e-mail: “I’m going to be expecting you at home before taking you out on the town.”) Because OBVIOUSLY I’m going to spend the night in Paris for a morning that starts so early. And by “spend the night” I mean “stay-up-hanging-out-with-Gianny-and-riding-bikes-through-the-city-and-drinking-hot-toddies-with-new-friends-in-an-old-apartment-and-then-walking-around-talking-world-travels-until-3:45-am-and-then-‘nap’-until-it’s-time-to-catch-the-night-bus.”

“I’ll sleep when I’m dead,” I told myself. Here’s some pictures, though: 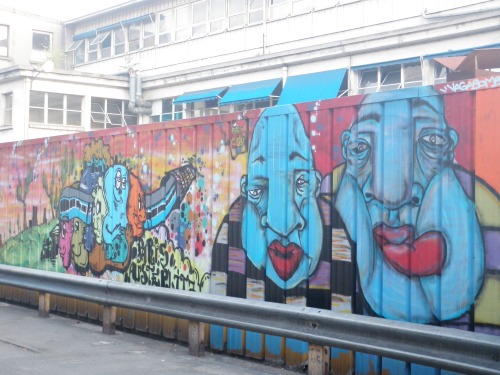 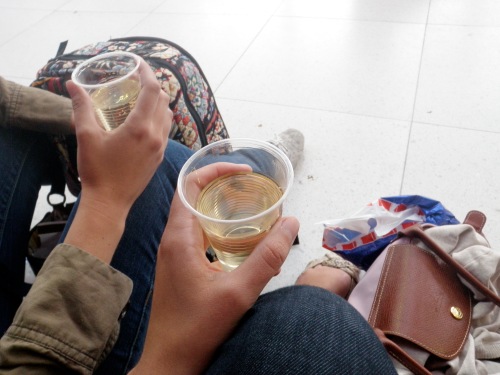 drinking wine with my "little sister" from Tours

out for a walk with Gianny, 3am

I forgot to mention that I rode the train from Tours to Paris with Elizabeth, who is has the same home-stay as me, and her friend Sam. Without even knowing it! (A thing I actually said to her: “What are YOU doing on this train?”) They were heading on to Nice on a night train (Harry Potter, y’all), and therefore had wine (naturally), which they shared with me. In the train station. (Also naturally).

Then, on the way BACK from Paris (post-Italy), I was supposed to have gone straight from the airport to the train station to “home,” but my flight was delayed, and then the shuttle (another 15€) had a beeping problem that called for highway-side assistance (shenanigans). So I found myself with 2 hours to kill before the next train.

I entertained the possibility of being grumpy about it, then I realized that I was in Paris, with the worlds smallest carry-on (Mary Poppins, y’all), and two hours to explore the city. ATTITUDE ADJUSTMENT, FRIENDS. Or, re-frame. I walked around, ate a baguette sandwich, took pictures, asked for directions, mailed a postcard, and went to McDonald’s. Yup. 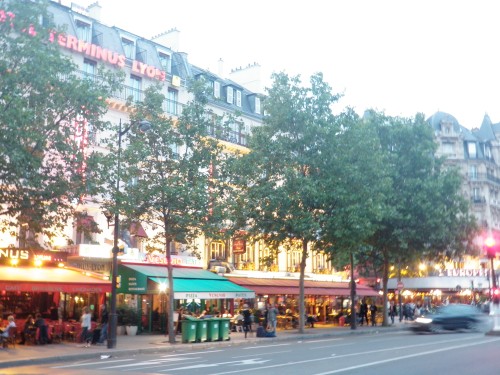 The City of Light at Dusk.